Mostly because of the COVID-19 pandemic, America is has been experiencing what some are calling a “startup boom.” That’s right — even with a raging pandemic and an ugly recession, America is seeing low investment high profit business ideas boom.

John Haltiwanger, an economist at the University of Maryland, has been working with the U.S. Census Bureau to measure new business creation for decades alludes to the fact that every new business that hires workers, he says, has to apply for an employer identification number with the government, and when the coronavirus pandemic began, the data showed what you might expect: “We saw a collapse in new business applications,” Haltiwanger says. But then, about six weeks into the pandemic, the numbers started rising. At first, he says, they had to double-check that the data were correct: “We were, like, what’s going on here?”

And then the new business applications just kept rising. “The third quarter of 2020 is the highest quarter of applications we’ve ever seen,” Haltiwanger says (the Census Bureau’s quarterly data goes back to 2004).

Most of these new businesses are seizing opportunities created by the weird Coronavirus economy where people don’t really want to mingle face-to-face anymore. People are looking for ways to start a business with low investment and high profit. The largest area for new business creation is e-commerce online. Of course, we’ve seen a large drop for brick-and-mortar retail and it seems as these new businesses are doing a pretty good job filling the job void. Many of the new businesses are just people who were laid off and forced to strike out on their own. But with these important asterisks, it may be good news that new businesses are growing out of the ashes of old businesses.

There is a problem with this, however. People with no prior business experience or business ownership training run many of these new startups. This can create a huge failure rate down the road.

America’s Top Small Business Insider Finally Exposes The Secrets Of The Hidden Small Business Market No-One Talks About. Check out our Beginner-Friendly, 3-Step Blueprint Our Students Use to Generate as Much as $10,000+ Their Very First Month.

Economists have a term for these phenomena and they call it “creative destruction.” Harvard University economist Joseph Schumpeter developed the idea in his 1943 book Capitalism, Socialism and Democracy. He described it as a process of industrial mutation. A process that continually revolutionizes the economic structure from within and destroys the old one by creating a new one. He placed it at the center of capitalism, stating it was a force that made capitalism much more innovative than socialism.

The U.S. with its form of Private Capitalism, has a more hands-off—or laissez-faire—approach to the economy than Europe. The United States has long been a shining beacon of this form of creative destruction. It’s why many economists say America has a dynamic economy that gives the world many new products and services, inventions, and technologies that other countries simply can’t because of the structure of their economy. That of a Socialistic approach. The U.S. has now been ahead of other rich countries in new business creation during the pandemic.

Germany achieved this using a century-old program called Kurzarbeit, in which the government comes in and helps businesses pay their workers in order to keep the workers employed. It’s a form of socialism and is somewhat like what the U.S. has done to bail out businesses as well as provide unemployment and food assistance for workers who lost jobs.

Germany doesn’t look as good as America when it comes to the creation of new businesses, however. Kurzarbeit and other efforts to prop up existing businesses and prevent creative destruction may be a reason for this. Economist Jens Suedekum of Heinrich Heine University Düsseldorf mentions that one problem that will be with Germany for quite a long time is the low rate of new jobs that are being created. Suedekum also says this especially hurts young Germans and those workers who get Kurzarbeit benefits during the crisis but are laid off after the crisis.

The University of California, Berkeley economist Gabriel Zucman, who has written in favor of Kurzarbeit, says that he thinks the jury’s still out which system — Kurzarbeit or the U.S. system of letting people lose their jobs and get unemployment insurance — is most adapted to a pandemic style situation. If the pandemic is short, he says, Kurzarbeit makes more sense because it preserves employer-employee matches and allows companies to rebound quickly in the recovery. But, he says, the longer the pandemic goes on, “the more appealing flexibility becomes.”

It’s certainly clear overall the American approach of Private Capitalism over socialism is better. It remains to be seen if many of the pandemic startups might be one-off businesses that don’t survive when things go back to normal. Many of these people who created these new startups didn’t have proper mentoring and knowledge of starting a business, which certainly will lead to more failures than expected.

If you’re one of those who created a new startup or wants to start a business with low investment and high profit, checkout this new training on how to create a successful Freelance Business working from the comfort of your own home. No commute and you’re in control.

It’s important to note that a Kurzarbeit-style socialistic style approach risks creating “zombie firms,” which are businesses that should die out, yet continue to limp along because they’re eating up taxpayer money. That can hurt innovation, productivity, economic growth and run an even larger deficit.

In both the German and American systems, the best path to a solid recovery starts with more people getting educated on how to start a profitable business. One that provides true value to its customers and thus prospers from the outset.

Despite the terrible situation of the pandemic, it’s still good news for America that new businesses and jobs are being created. Research shows small and medium-sized businesses create the majority of new jobs in America.

The recovery looks positive because as we look back; it was the lack of business creation during the Great Recession being a big reason for such a lengthy recovery.

Did you enjoy this segment? Well, it looks even better in your inbox! You can sign up to get newly published articles here.

Profit and prosper with the worlds best advice on investing, retirement, personal finance, crypto and more—straight to your email. 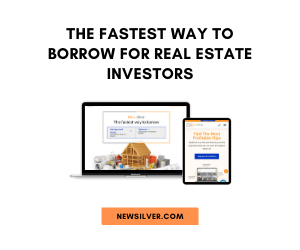